The peaceful and picturesque market town of Bakewell sits along the River Wye and is the birth place of the famous ‘Bakewell Pudding’. Whilst there is a strong indication to support the presence of much earlier settlements, Bakewell was founded during the Anglo-Saxon period, along with neighbouring villages Tideswell and Eyam. An early variation of the name also appears in the Doomsday Book.

There is evidence of a Saxon church in Bakewell which dates to 920, but the present church dates to the twelfth century in a typical Norman style, of which only the front and west parts of the nave survive today. The rest of what you see before you now was built in the early thirteenth century, with an assortment of restoration taking place in the nineteenth century.

END_OF_DOCUMENT_TOKEN_TO_BE_REPLACED

Bakewell was featured on John Speed’s 1610 map of Derbyshire. The town has yet to develop its modern name, and appears as ‘Bankewell’ on the map. The name Bakewell means a spring or stream of a man named Badeca. In 949 the town is listed as Badecanwelle, and later in the 1000s in the Domesday Book as Badeqeulle. 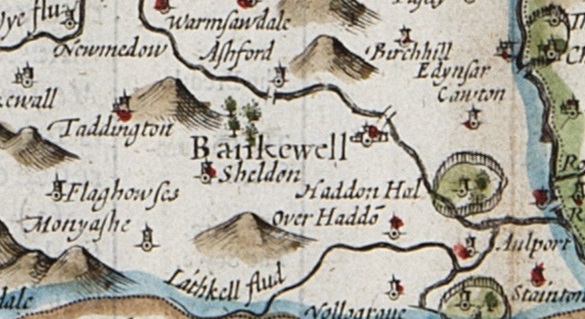 END_OF_DOCUMENT_TOKEN_TO_BE_REPLACED

The green hilltop of Fin Cop seems peaceful and unthreatening to a modern spectator, but beneath the ground is a mass grave dating back to the Iron Age. This raised many questions when the fort was uncovered and showed evidence that parts of it had been built quickly in response to a threat to the settlement.

Hillforts were originally assumed to have been built for warfare, but without much evidence of actual conflict many were instead viewed as a show of wealth and power.

The findings from Fin Cop give one of the only examples of warfare in Iron Age Britain, but other settlements have been discovered which show similar evidence. This is challenging our ideas of Iron Age warfare and defence once again.

END_OF_DOCUMENT_TOKEN_TO_BE_REPLACED 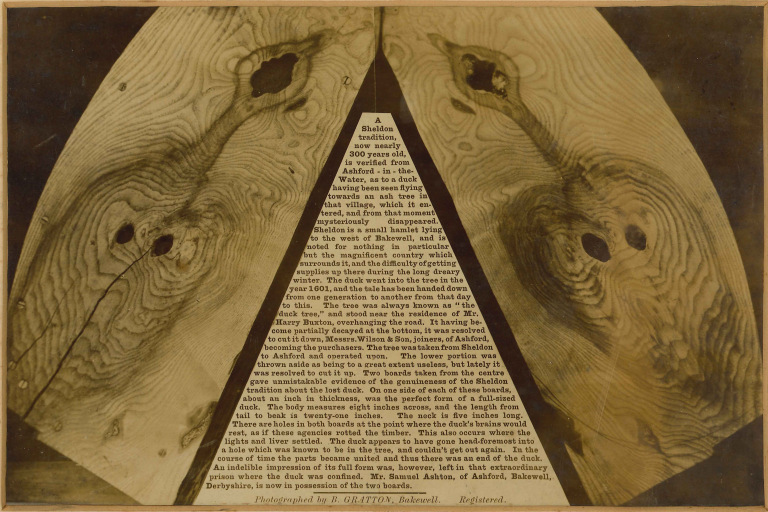 END_OF_DOCUMENT_TOKEN_TO_BE_REPLACED

In 1651, Charles II led his troops into England, confident that the Commonwealth was about to come to an end. Young William de Rossington of Rowsley raised a company of volunteers and agreed to meet other Royalist leaders from Derbyshire and Staffordshire on Hartington Moor, from where they would march to Wigan to join the young king.

Cromwell had learned of the gathering and sent a regiment of horse from Lancashire under the command of Colonel Lilburn to Hartington. The Royalists were outnumbered and the Commonwealth’s troops were better equipped and battle-hardened. William led several charges against Lilburn’s men but was wounded and finally killed.

His betrothed, Anna Egerton of Hulme Hall, Bakewell, is said to have foreseen William’s death in a dream. She searched the battlefield, found his body, and ordered it to be taken for burial in Hedburn Wood, near Cressbrook, some ten miles away. The grave was discovered by a local farmer during the 1830s.

Today, this bridal way crosses Hartington Moor, but there is no marker to indicate the site of the battle.

For a more detailed account of this story see