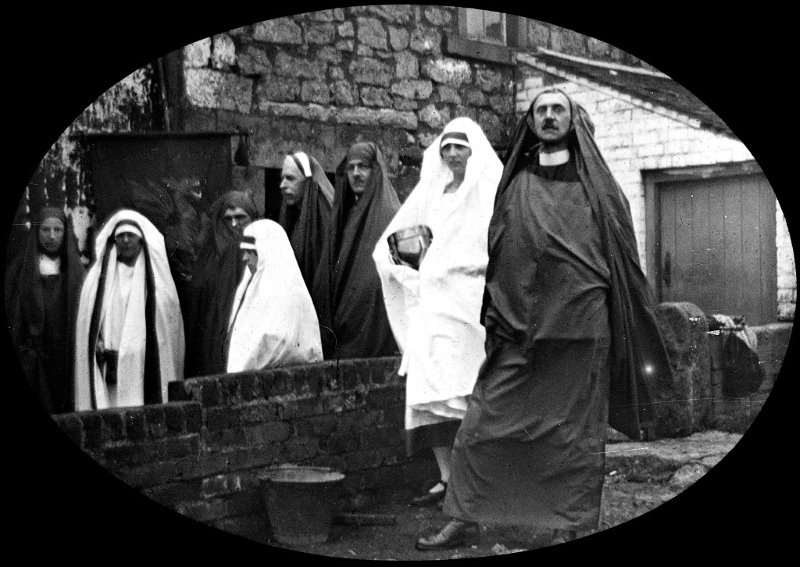 You are not the first person to pass through this farm on your way to Arbor Low. On 25 June 1927 members of the Bardic Circle of the Imperishable Sacred Land held a meeting at the monument, posing at the farm for a photograph.

Thirteen bards took part in the ceremony, which initiated two new members into the Circle. Ralph de Tunstall Sneyd led the proceedings, taking up position by the central stones as other members ranged themselves around the outer stones. By all accounts the weather was unpleasant. One attendee, Revered Wilson, recalled,

If anywhere in Peakland they might hope to catch the age-long echoes of Bardic voices it was there on that bleak mountainside.