Can you see the ‘Otter Controls’ gates nearby? This site was once occupied by this company who were founded in Buxton in 1946. They produced bimetal cutouts and thermostats for a range of applications including the automotive industry and household appliances such as kettles.

We take it for granted that our kettle will turn off automatically when it boils. The device that does this, a small snap-action blade no bigger than a 50p coin, has been made in the millions here in Buxton. In fact, it’s estimated that Otter Controls may have produced up to one billion of them.

END_OF_DOCUMENT_TOKEN_TO_BE_REPLACED 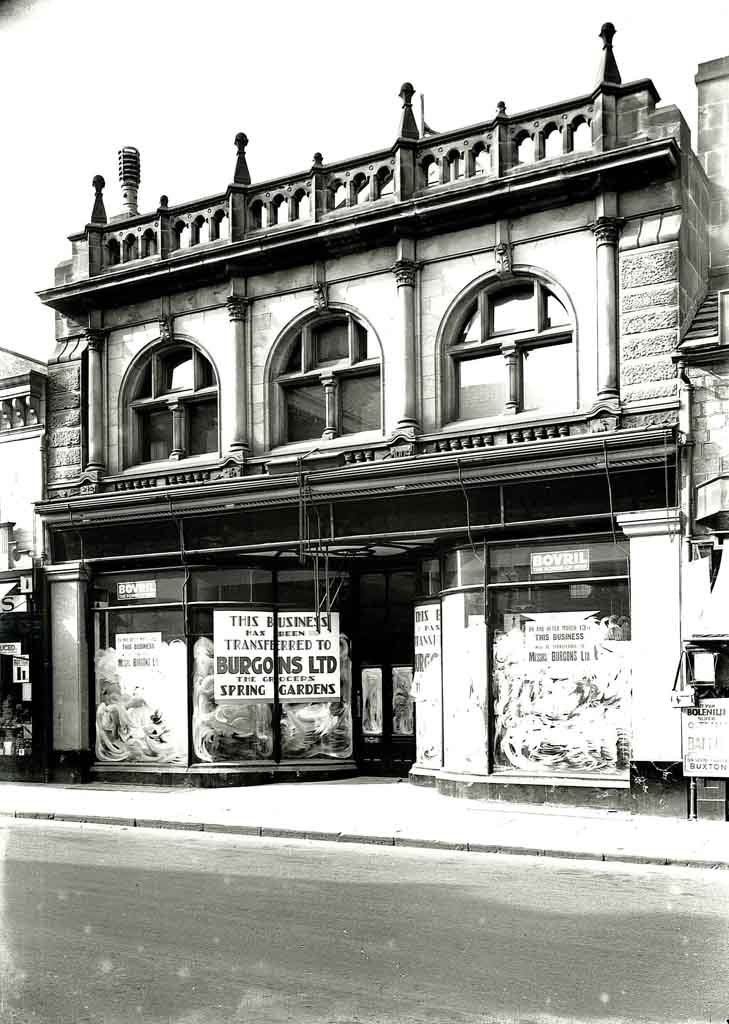 Listen to local residents share their memories of Timothy White’s. Press ‘more’ to read a transcript.

The gabled arches of this unique building are a characteristic of its origins as Timothy White’s Chemist. Once a rival for Boots, the name disappeared in the 1980s. In this image, the building is at the end of its tenure as a grocery shop. Whether or not this is connected to the outbreak of the Second World War is unknown.