END_OF_DOCUMENT_TOKEN_TO_BE_REPLACED

The year is 110 AD, Trajan is emperor of Rome, Britain is well within the grip of the Roman Empire. In the Peak District the Romans flock to the small town of Aquae Arnemetiae, now modern Buxton, for the healing quality of its natural springs. On the outskirts a small farmstead is thriving on the limestone scarp of Staden.

Along the path leading to Colt Croft there were numerous paddocks, kilns, and small Roman houses. This was the Roman farm at Staden. To the rear of Colt Croft, further along the path, lie the Romano-British fields. This small slither of land was once an extremely fertile piece of farmland in an area of otherwise extremely acidic soil. They practiced mixed farming, meaning they produced both grains as well as herded cattle and occasionally hunted local deer.

END_OF_DOCUMENT_TOKEN_TO_BE_REPLACED

As you move along the trail across the Limestone outcrop of Staden, take a chance to look down the hillside. If you are lucky you may notice an outline of a circular structure amongst the lower fields, this is believed by some to be a Neolithic earthwork enclosure – this is Staden Low.

Standing at Staden Low, the view of the skyline of the surrounding hilly landscape is believed to have been highly significant to the Neolithic people. The earthwork may have been constructed as a place to observe the major lunar standstill in the 18.6 year cycle, and the Midsummer and Midwinter Solstices. Imagine yourself on a dark night, with no artificial light, only the stars above and a mystical moon hovering low over the rolling landscape of the Peak District. It would have truly been a sight to behold for the Neolithic people! Perhaps you’ll come back on a Lunar Solstice and see for yourself?

END_OF_DOCUMENT_TOKEN_TO_BE_REPLACED 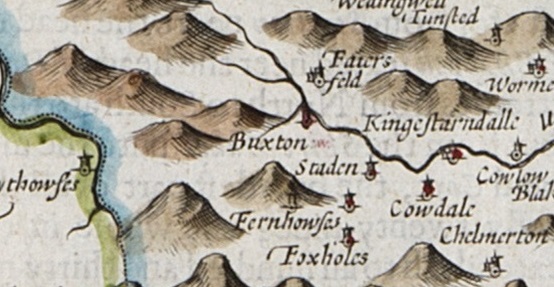