Look around you and take in the spread of stones across the ground – this is an area with distinct historical significance. The clues are in the name of this site: Wigber most likely originates from the Anglo-Saxon name of ‘Wigca’ and ‘Low’ meant small hill or burial ground. This barrow was first built between 3,000 to 4,000 years ago, but several Anglo-Saxon graves from between 500 to 600 CE were later inserted into the mound. The use of gold and silver in the following objects found at Wigber Low indicate the wealth of some of those buried at this site during the Saxon period. 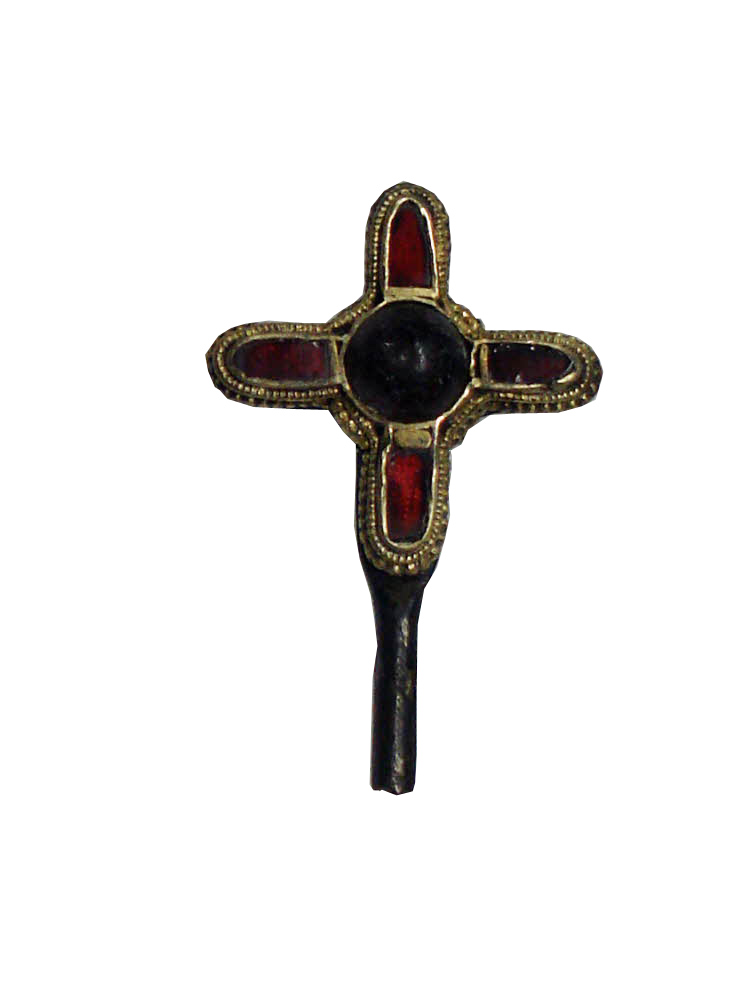 The pendant above was found in the barrow of Wigber Low and excavated in 1869. It dates back to around 500-600 CE and is made up of silver, gold and garnet. It features a cross-shaped head, arms set with garnets around a central cabochon with gold filigree and a beaded wire border.