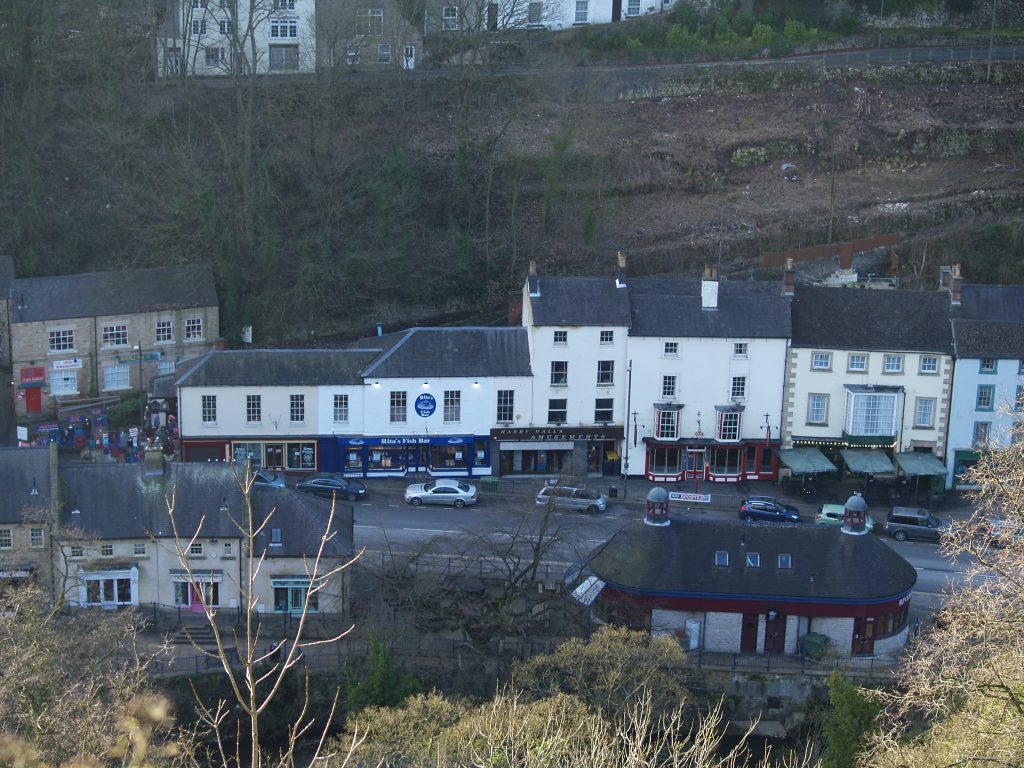 Matlock Bath was now even more accessible from newly industrialised Derby and Nottingham. Location and access meant Matlock was then not only a spa destination but a perfect getaway for land-locked city dwellers. With the nearest coastline nearly 100 miles away, Matlock Bath took on the role of a traditional seaside resort. As the new middle classes came to see the sights, the village’s aristocratic ambience gradually gave way to commercialism. At the peak of the Pavilion’s popularity in the early 1900s Matlock’s station saw 17 trains arrive per day.

Mass tourism here still scales new heights – literally! The cable cars we spotted earlier transport visitors to another Victorian spectacle – The Heights of Abraham. These are a set of caves, which formed both naturally and from mining. In the early 20th century they were turned into show caves, complete with light displays for the increasing numbers of day trippers.

Tourism, however, also grew in an era of fascination with the natural world. The wilderness and dramatic landscape of the gorge itself  also made it a visitor destination in its own right…

Continue on the higher level of the walkway with the town below you. You will reach a wooden fenced path that leads back down the hill, but take the right fork to continue along the top with the town on your left. At the second fork do the same out into more open countryside – there is a ‘Lover’s Walk’ sign post on this fork.

Follow this route past the sign post until you have wound down the hillside to reach the Matlock Bath station car park. Turn left out of the car park over the small bridge that leads you onto North Parade. Follow this along until you reach Jubilee Bridge on your left and cross over to the opposite bank to stand on the lower level of Lovers Walk.

You can experience View of Matlock Bath and Gullivers Kingdom out in the Peak District or Derbyshire by visiting the location marked on the map below, or find it with the help of the Pocket Wonders app.

View of Matlock Bath and Gullivers Kingdom is closely related to other Wonders in the collection.