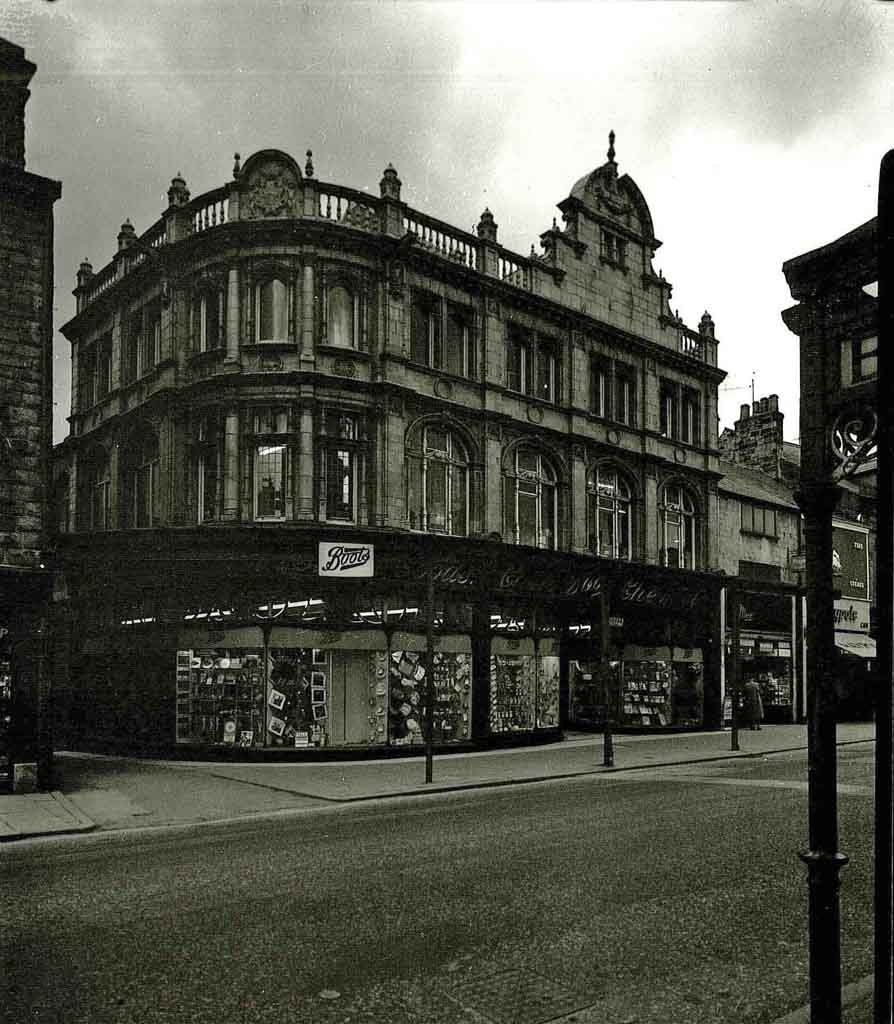 Think you know Boots? Think again. In the 60s it used to sell more than just pharmaceutical goods and toiletries. This particular store in Buxton hides a secret. Read local resident’s memories to find out more…

In 1938, The Boots Company ran a library in the store. By the swinging sixties, this had become a record department with a very different atmosphere!

“Jesse Boot, the founder of Boots, of course came from Nottingham and he was one of the founders of Medicine for the Masses, because up to then it was in individual shops and was rather expensive and he, with another gentleman who had the same idea formed factories to make cheap chemicals and sell them in the different shops. He had rheumatism, Jesse Boot, and he used to come to Buxton for his rheumatism, and he thought, well, Buxton’s an expanding town and I ought to have a shop here and so that’s why the Boots as we see it today was built.”

“Boots was a very interesting place. They had a cafe upstairs. They had a library upstairs and it was big stationery departments and things downstairs, not just the pharmacy-related things as they have now. A very nice shop.”

“You went into the cafe upstairs. It was very nice, you know, that was a treat.”

“My mother was a pianist and in the late Edwardian period, probably during the first war, she played in a little trio which played in the Pump Room in the mornings and in Boots Cafe in the afternoon and it added quite an air if you sat down and had your cup of tea, I’m sure, but she married in 1920 and it wasn’t carried on after the war. Upstairs Boots always, at Christmas time in my youth, made a special display of things. There was an imposing staircase up to the first floor and this was highly decorated, and it was again one of the bright spots of Christmas in Buxton in the 40s and 50s.”

“In the serving areas to customers there were mahogany counters all the way through, and then, to the right there, there was a solid oak, carved staircase. When the people, who thought they were doing right, closed that part of it down, what they actually did, they saved a gem, as when they did the refit they blocked the staircase off and all the coffee cups and everything like that and the library is locked away for posterity, and that is still there to this day.”

You can experience Boots out in the Peak District or Derbyshire by visiting the location marked on the map below, or find it with the help of the Pocket Wonders app.