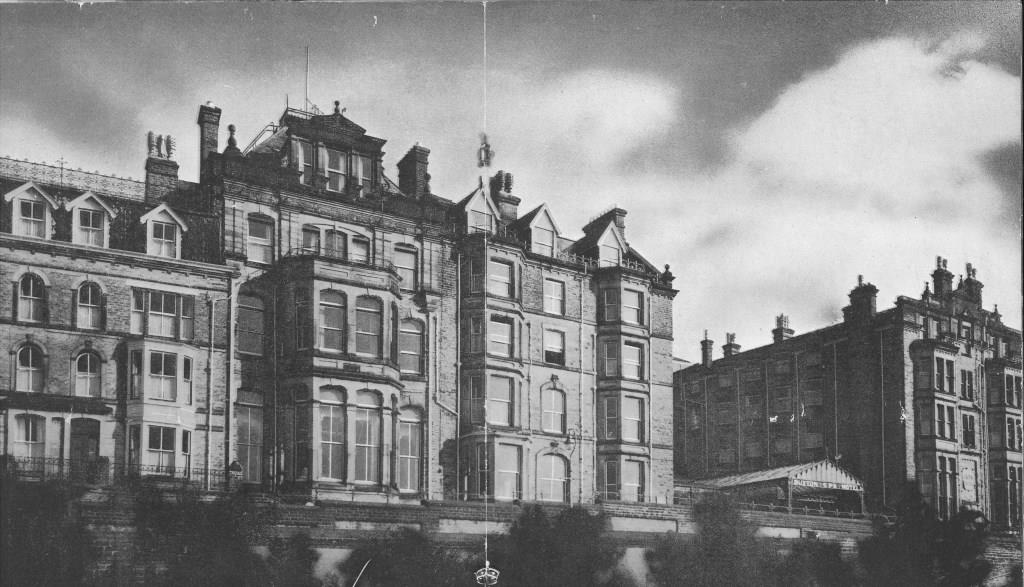 Originally called the Buxton Hydro Hotel, it became known as the Spa Hotel on 1st January 1931. This would change the nature of its clientele and position itself as a conference hotel to move with the decline of the hydropathic movement. The change was devised by the Spa Hotel’s manager H. R. P. Lomas who was considered an astute publicist.

With 260 rooms and a dining room to accommodate 230 people, the Buxton Hydro Hotel was one of the largest hotels in the town.

The Buxton Hydropathic Hotel served as the Granville Military Hospital during the First World War with other hotels acting as annexes. It had a 700 bed capacity.

Refugees from the Hungarian Revolution were housed at the Spa Hotel in 1956 for six months. The hotel was closed for business and also took in ex-patriots who had been dislodged by the Suez Crisis.

The Spa Hotel was demolished in 1973 after guest numbers started to dwindle and the hotel fell into decline.

You can experience Buxton Hydro Hotel out in the Peak District or Derbyshire by visiting the location marked on the map below, or find it with the help of the Pocket Wonders app.