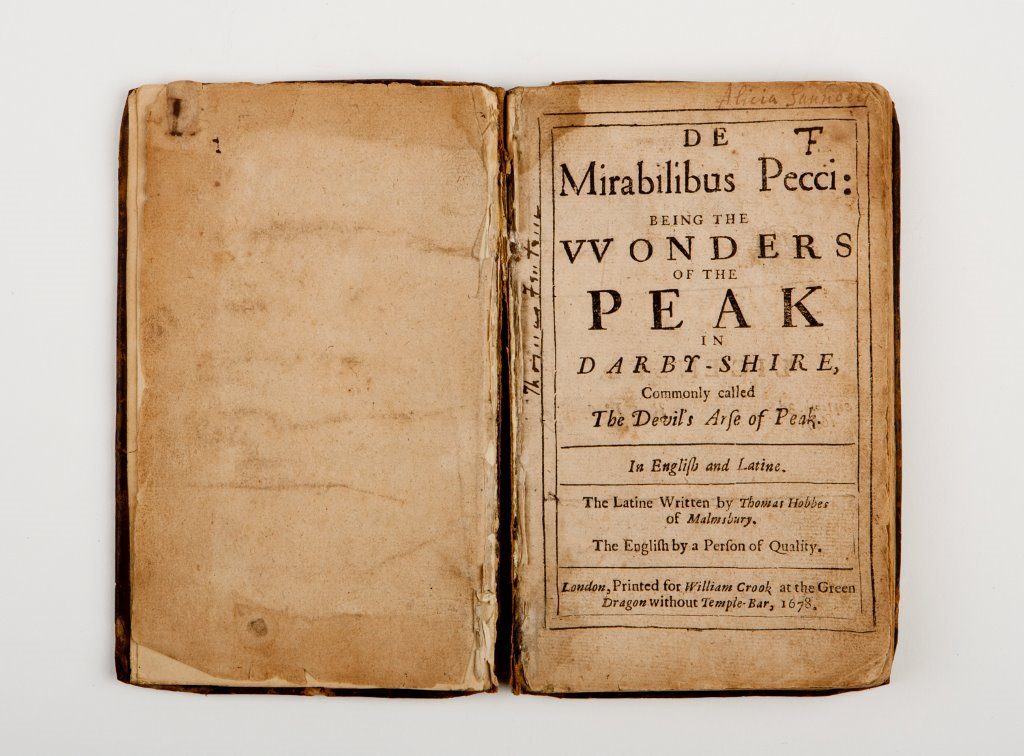 Chatsworth House was named as one of the ‘seven wonders of Derbyshire’ in Thomas Hobbes’ Latin poem De Mirabilibus Pecci (Wonders of the Peak), published in 1636.

ON th’ English Alps, where Darbies Peak doth rise,
High up in Hills, that Emulate the Skies,
And largely Waters all the Vales below,
With Rivers that still plentifully Flow,
Doth Chatsworth by swift Derwins Channel stand,
Fam’d for it’s Pile, and Lord, for both are grand.

This was followed in 1681 by The Wonders of the Peake, a satirical poem by Charles Cotton – who named Poole’s as the ‘seventh wonder of Derbyshire’.

Southward from hence ten miles, where Derwent laves,
His broken Shores with never clearing Waves,
There stands a stately and stupendious Pile,
Like the proud Regent of the Brittish Isle,
Shedding her Beams over the barren Vale,
Which else bleak Winds, nipped Frosts assail 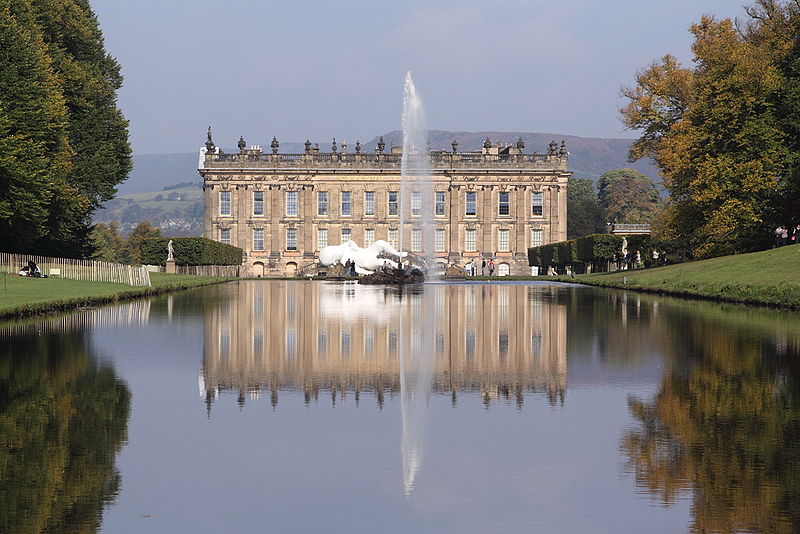 Both authors contrast the grandeur of the house with its wild surroundings. Although accessible today, this was an isolated place in the 1600s, and even more so when Sir William Cavendish and Bess of Hardwick first purchased the manor in 1549 for £600.

Thomas Hobbes had a special connection to Chatsworth House. He lived there for many years as tutor to the 2nd Earl of Devonshire, and accompanied him across Europe on the Grand Tour from 1610. However, the house that Hobbes wrote about was very different to the house we see today. The 4th Earl (later 1st Duke) of Devonshire began significant alterations from 1686, 50 years after the publication of De Mirabilibus Pecci.

Read The Wonders of the Peake, by Charles Cotton

You can experience Wonders of the Peak: Chatsworth House out in the Peak District or Derbyshire by visiting the location marked on the map below, or find it with the help of the Pocket Wonders app.