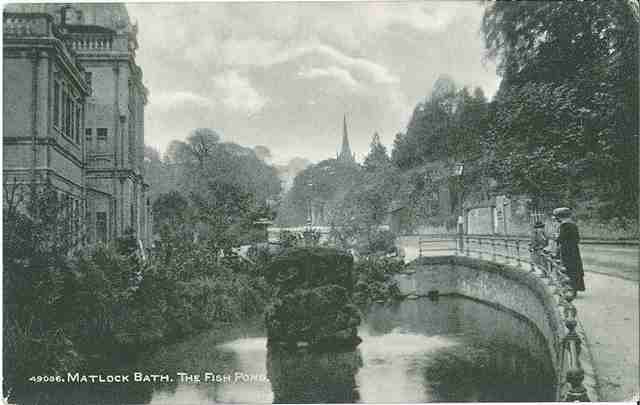 After the disruption of WWII the Grand Pavilion saw a variety of events including the Miss Derbyshire competition, boxing matches and darts tournaments. The building continued to host music performances and was a primary venue for the town’s popular music festivals. Some of the more famous acts to perform at the Pavilion include Ken Dodd, Freddie And The Dreamers, The Searchers, Cream, Elvis Costello and Deep Purple.

For detailed history of the Grand Pavillion and additional photographs see the andrewgen.com website.

You can experience Matlock Bath, The Fishpond out in the Peak District or Derbyshire by visiting the location marked on the map below, or find it with the help of the Pocket Wonders app.