Water flows from moors, through rocks and into the valley, crossing the boundaries of Derbyshire and Cheshire to form one of the sources of the river Mersey. Once the river would have snaked all the way through the Goyt Valley but it now feeds two large reservoirs. It continues past the hamlet of Taxal and the towns of Whaley Bridge and New Mills and joins the river Etherow in Marple and the river Tame in Stockport.

This 6cm long vase was found in the river by Mr Tim Hodgkinson in 2016 who kindly donated it to the museum. This tiny ceramic ornament has an art nouveau style and probably dates back to around 1900. It may have belonged to a resident of Errwood Hall or the adjacent community. 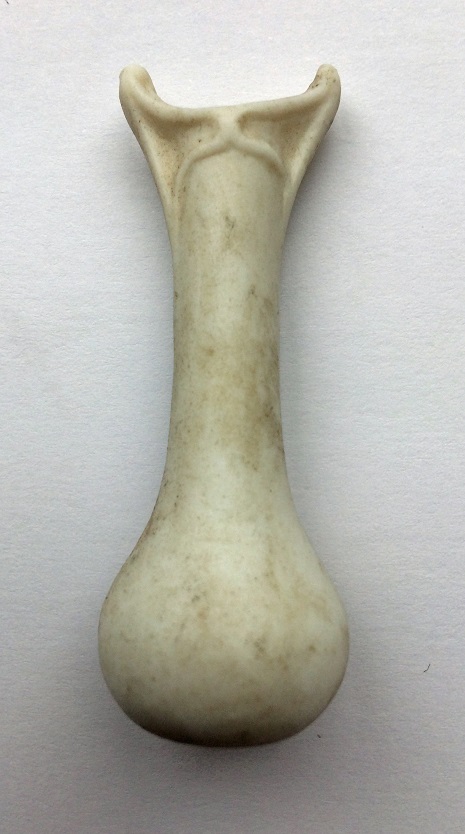 You can experience The Packhorse Bridge out in the Peak District or Derbyshire by visiting the location marked on the map below, or find it with the help of the Pocket Wonders app.

The objects below can be found in the Wonders of the Peak exhibition. Each has a connection to The Packhorse Bridge.