Ice began to disappear from large parts of Britain 12,000 years ago. As the climate warmed, animals returned to the Peak District. Hunters followed them, alongside other predators such as wolves and bears. People and animals used caves as shelters, following herds of reindeer and horses.

Animals were not just for eating: nothing was wasted. People used skins to make clothes, sinews for binding, and bones for tools. They used reindeer antlers to make sharpened points for piercing holes and hammers for knapping flint tools.

This is one of two worked antler points excavated from chamber 1 at Fox Hole Cave in 1974, by the Peakland Archaeological Society. The points were found in association with charcoal (probably from a hearth), flint tools, and horse and red deer bones. This suggests that people were living in the cave while they hunted these animals.

Fox Hole Cave was partially excavated several times between 1928 and 1980s, notably by the Peakland Archaeological Society. The objects they found cover over 12,000 years of human history. Today, Fox Hole Cave is a Scheduled Ancient Monument. The entrance is gated and locked but the National Trust's White Peak Estate runs several tours each year. 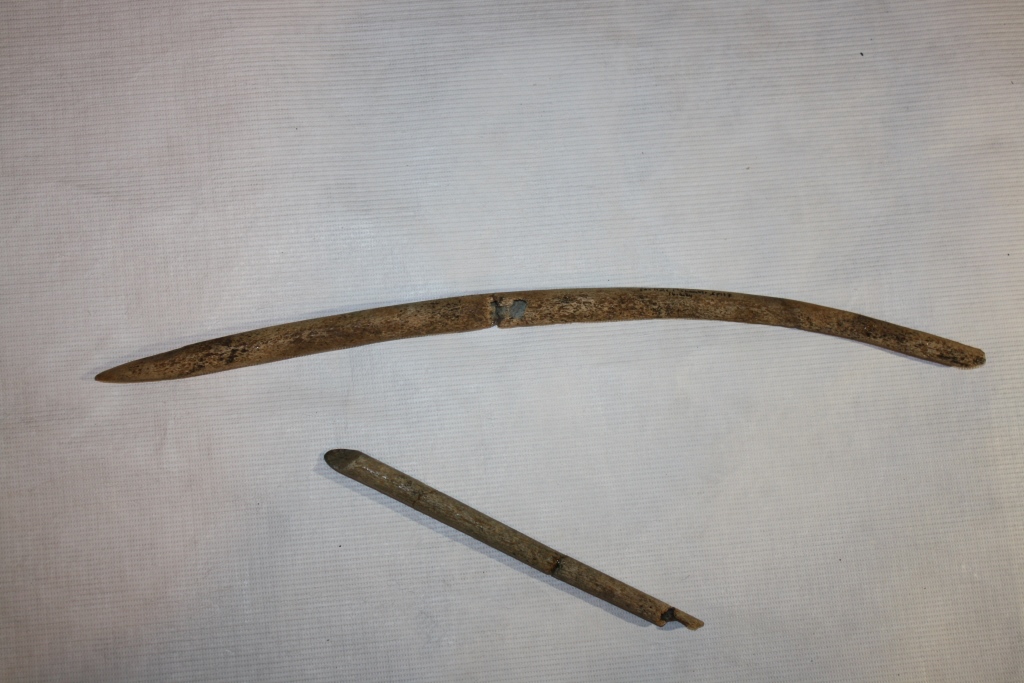 The Fox Hole Cave antler points have been radiocarbon dated to 12,000 years ago.