Bronze brooch, 'dolphin' form, found at Thirst House Cave, 100CE-160CE. Thirst House was excavated by Micah and William Salt of Buxton in the 1890s. They discovered jewellery, coins, pottery, and animal remains inside the cave and on the slope outside the entrance. A number of burials were found at the bottom of this slope, one in a stone box or 'cist'. The brooches, alongside pottery evidence, suggest that the cave was occupied between 100CE-160CE. Coins found at the cave suggest a second, later period of occupation between 240CE-280CE. The style of quality of the bronze jewellery have led some to question whether or not there was a link between Thirst House Cave and Poole's Cavern, Buxton, where the production of bronze jewellery is thought to have taken place. 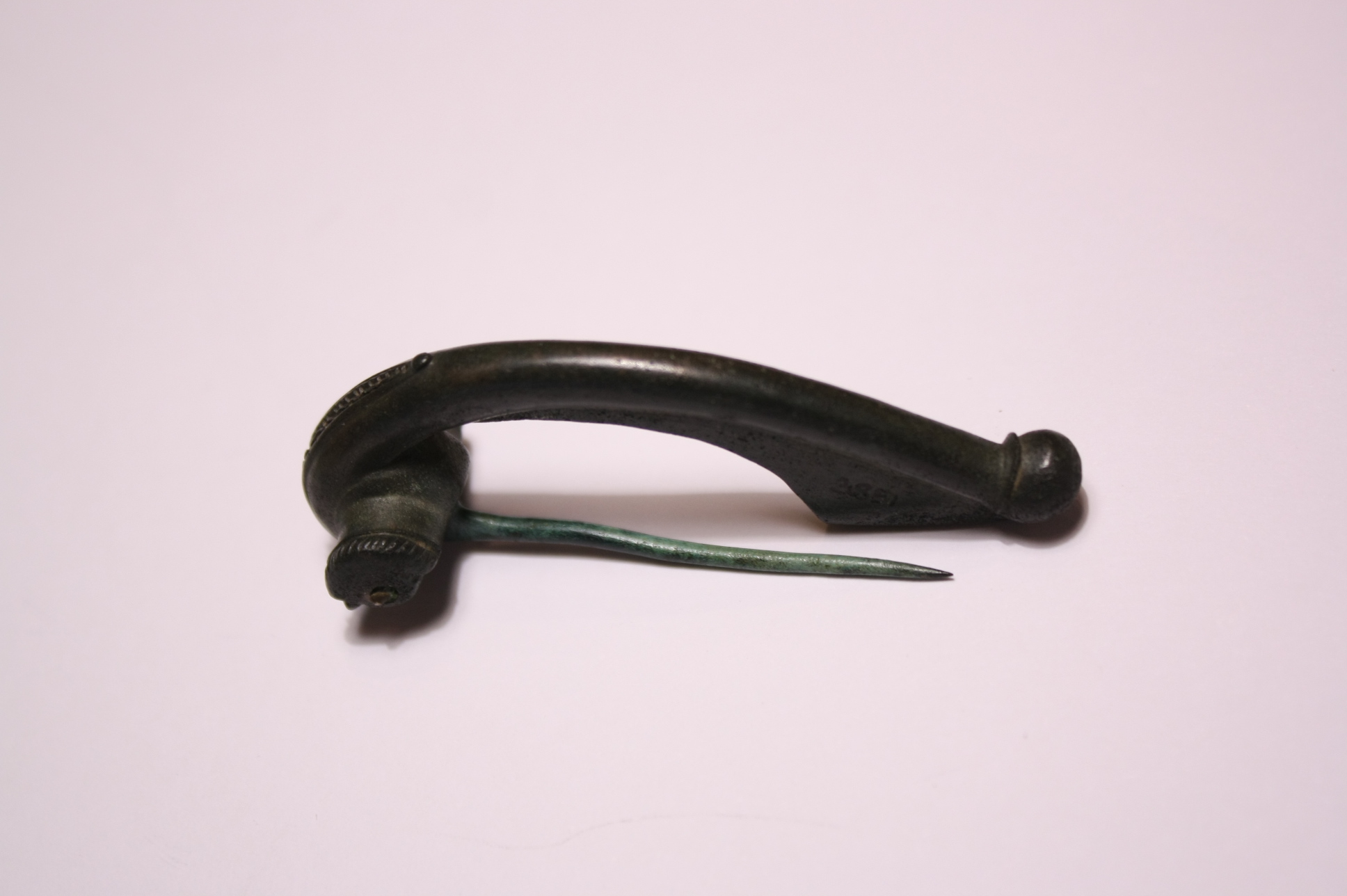