Bronze chatelaine found at Thirst House Cave, Deepdale, 100CE-160CE. Chatelaines are deocrative belt hooks from which a series of useful objects are suspended. Roman women wore chatelaines like this one which including ear scoops, nail cleaners and tweezers. Thirst House was excavated by Micah and William Salt of Buxton in the 1890s. They discovered jewellery, coins, pottery, and animal remains inside the cave and on the slope outside the entrance. A number of burials were found at the bottom of this slope, one in a stone box or 'cist'. The brooches, alongside pottery evidence, suggest that the cave was occupied between 100CE-160CE. Coins found at the cave suggest a second, later period of occupation between 240CE-280CE. 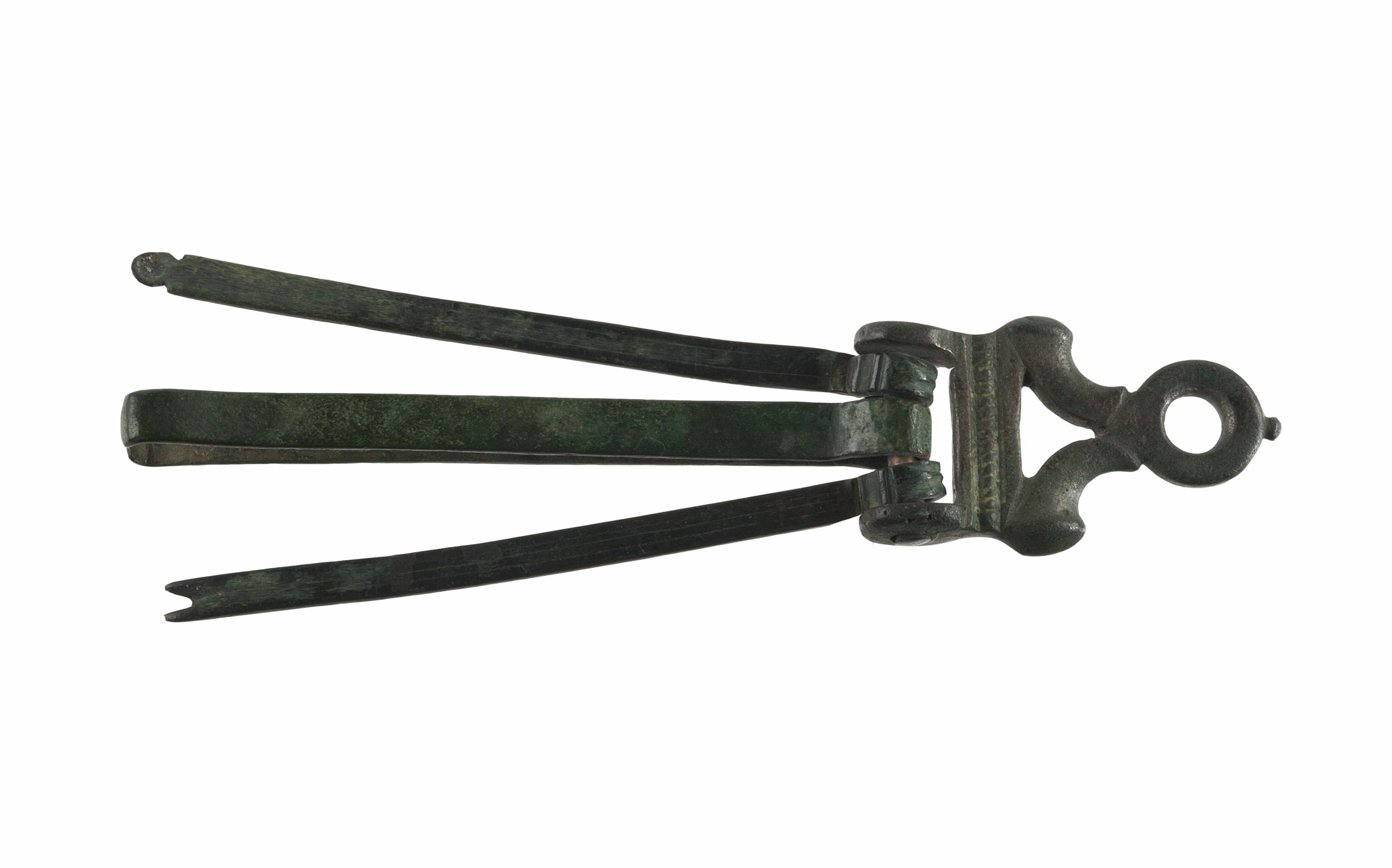 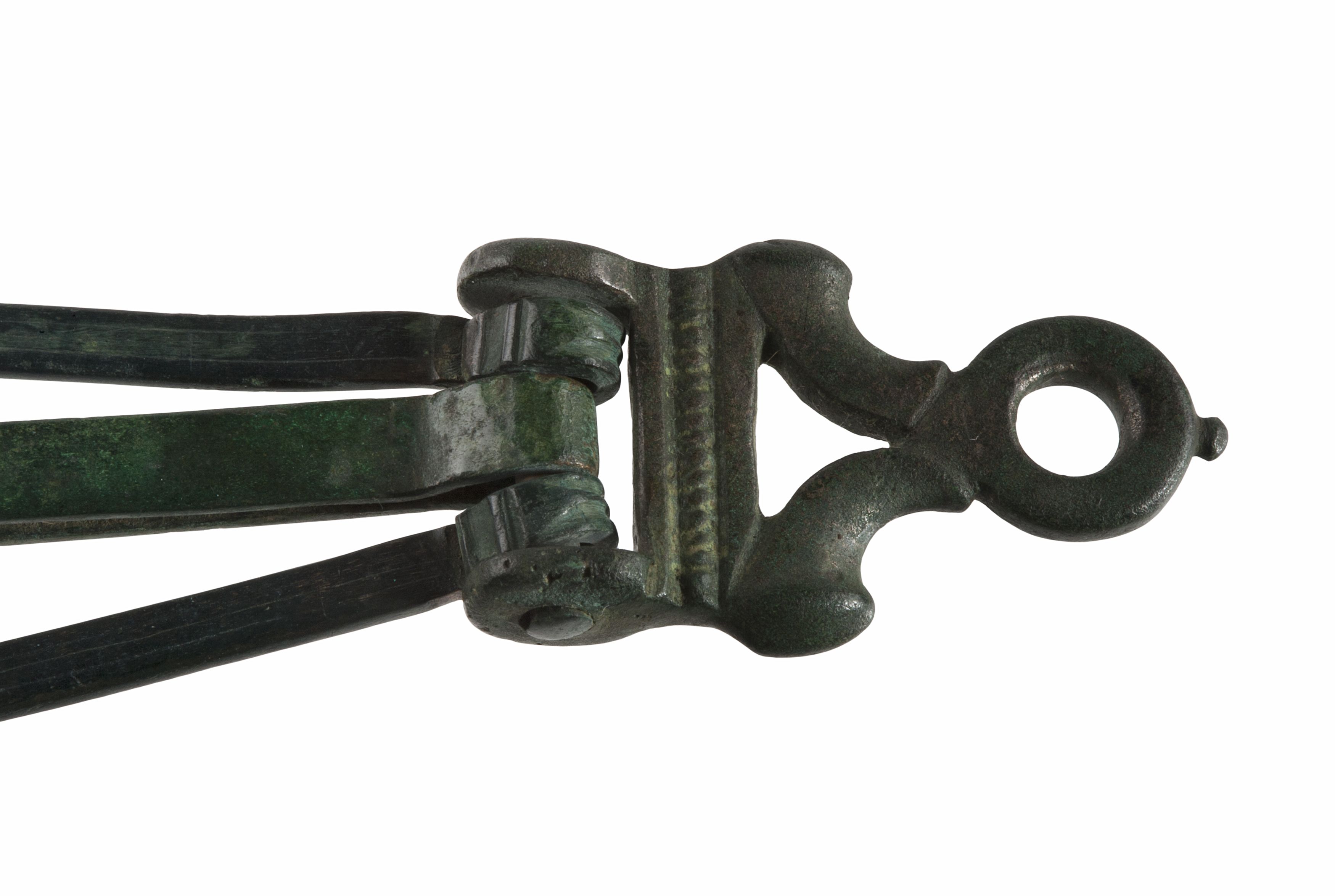