A hoard of 43 coins found at Kirk Ireton, around 1260. Purchased under the Treasure Act.

The entire hoard consisted of 43 voided, long cross coins from the reign of Henry III, 39 identified, three fragments and one imitation (or counterfeit). They were probably in circulation together in around the 1260s.

The coins were found together, suggesting they had been in a purse that the owner had lost (which would have been disastrous since this was a lot of money) or hidden. 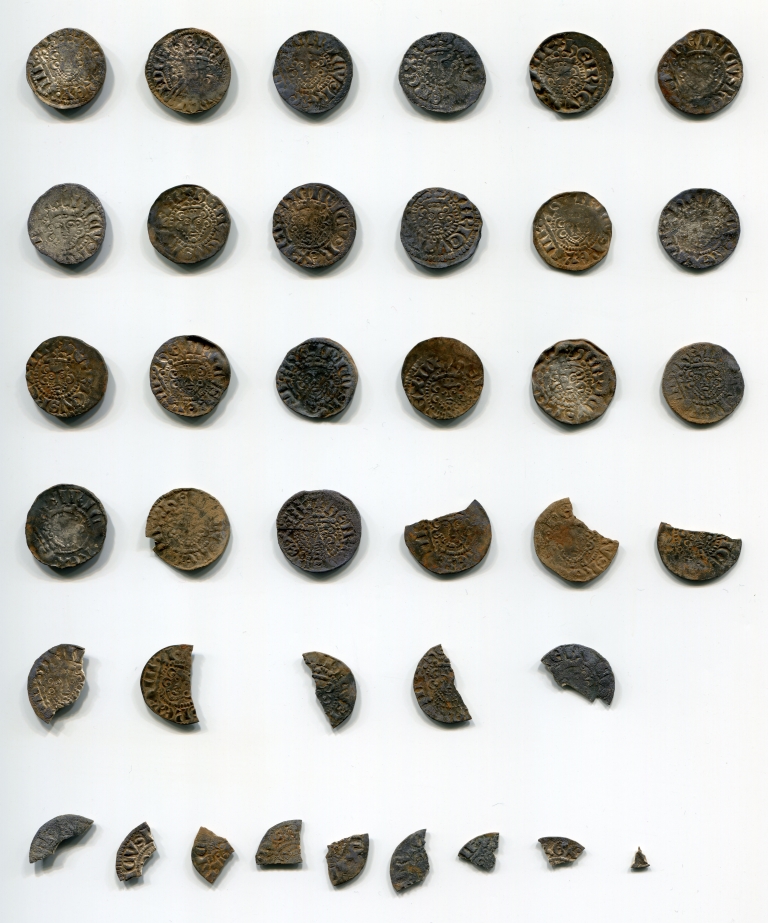 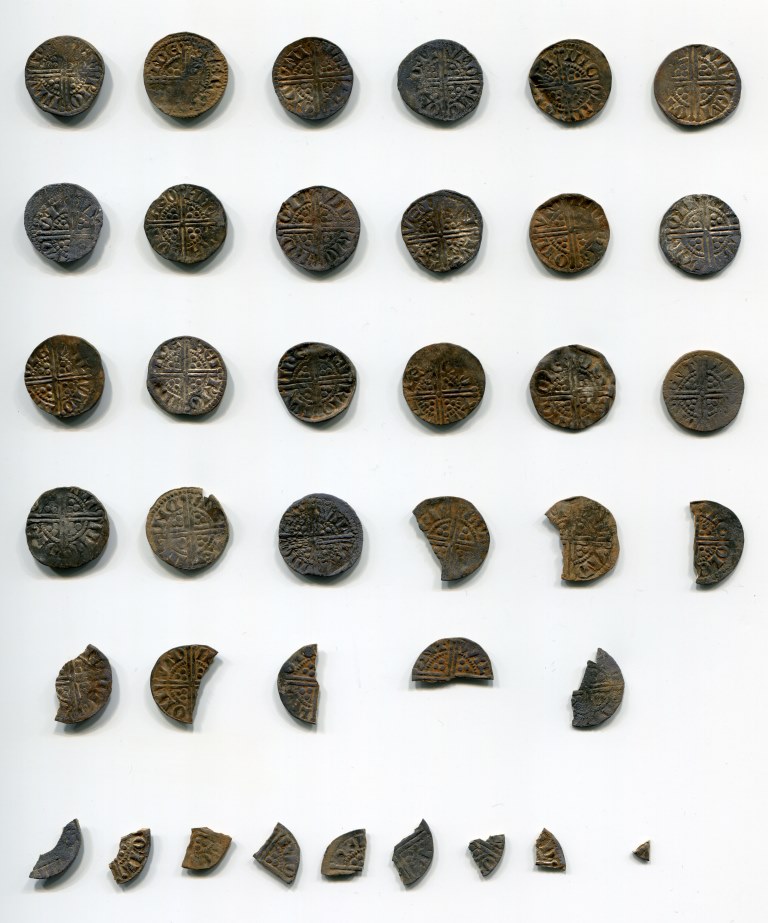 In 2012 a hoard of 43 medieval silver pennies was discovered by a metal detectorist near to Kirk Ireton. The coins were in circulation during the 1260s and were found all together, suggesting they had been in a purse together. Were they hidden for safe keeping or simply dropped? If the latter,  it would have been disasterous to have lost such a large amount of money! All of the pennies were 'voided, long-cross' pennies from the reign of Henry III. At least one of the coins seems to have been counterfeit. [caption id="attachment_8063" align="aligncenter" width="639"]read more)