Lead tablet left by Thomas Bateman after his excavations at Five Wells barrow in 1846.

Inscribed lead tablets have been found at a number of Bateman's excavation sites. He used them as a sort of calling card. This one was recovered during a later excavation by Micah Salt in 1899.

Micah Salt (1847-1915) was a tailor in Buxton who had a great interest in archaeology. This was usually a hobby of the elite and he was described, rather condescendingly, in a contemporary journal as "an intelligent tradesman". Salt excavated many lows (burial mounds) around Buxton, and acquired finds from local farmers and landowners. His findings were collated by W Turner and published in 1899 as Ancient Remains near Buxton: The Archaeological Explorations of Micah Salt. This book records many of the first objects that were given to the museum. 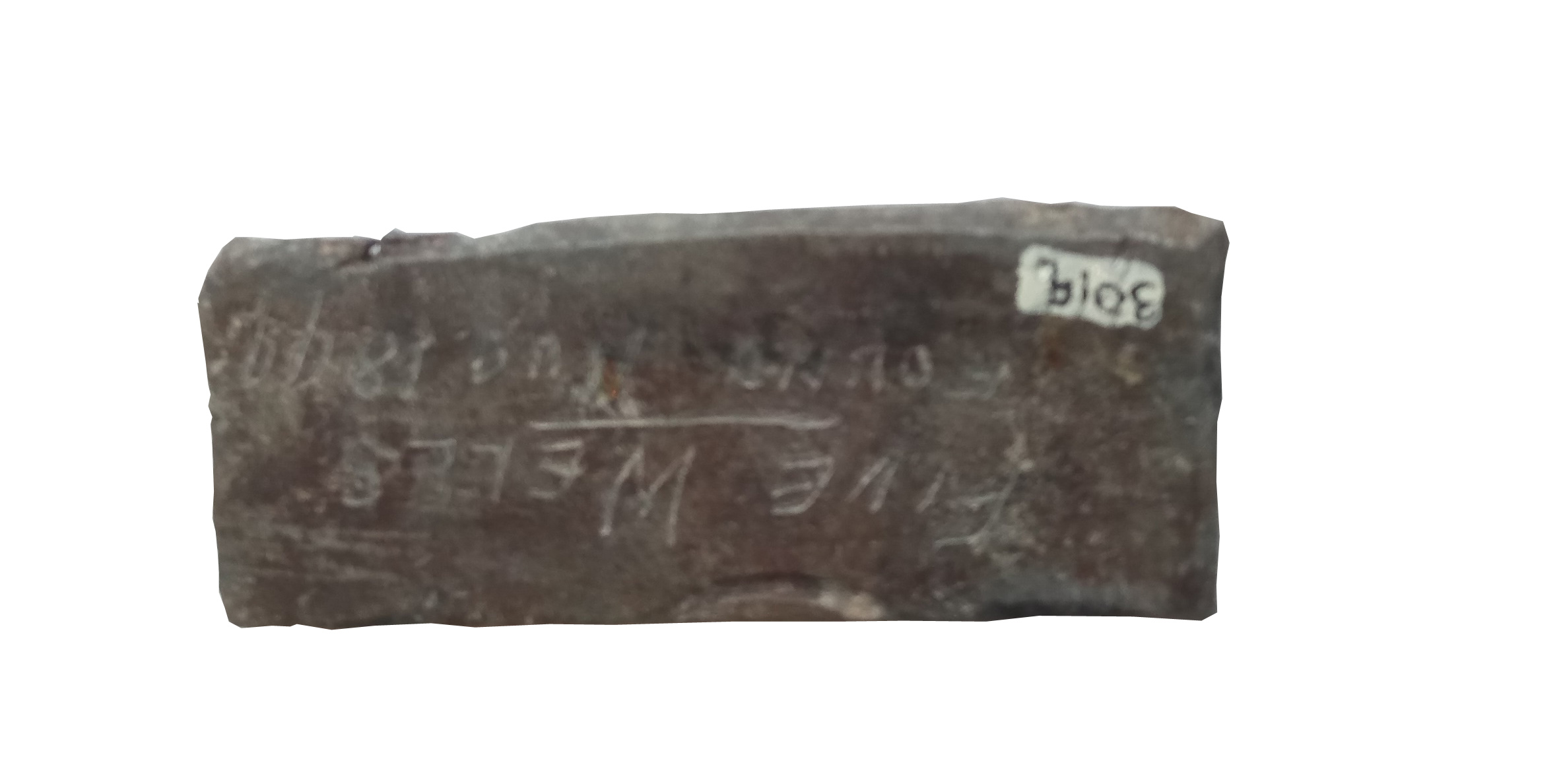 Who was Thomas Bateman? How does he compare to archaeologists today?