This is a 'Codd' bottle - named after its inventor, Hiram Codd, a London soft drink maker. A glass marble was held against a rubber seal on the lip of the bottle by the force of the gases inside. You needed a wooden bottle opener to press down the marble and release the contents.

Samuel Henry Oliff Tebb was born in Spalding, Lincolnshire in around 1864. He was involved in the bottled water industry from at least the age of 17 in 1881, when he is recorded as living in Newark-upon-Trent and working as a 'bottler'. By 1890 he was in Buxton, and is listed in the 1901 and 1911 censuses as a 'Mineral Water Manufacturer'. Although we know Tebb was bottling water in Buxton, we're unsure of the location of the business. It is unlikely to have been the main well used by Buxton Mineral Water Company.

Buxton has long been associated with water, both for bathing and drinking. William Henry Robertson MD, the doctor at the Devonshire Hospital in the 1850s and 60s sets out Rules for Drinking the Water, saying that "it is seldom necessary to take more than two half pints of the waters every day" and that you should ease yourself into the practice of drinking it.

The waters are so fully charged with gas ... apt to occasion some degree of giddiness of even headache, that it is prudent at first to drink the water by sips,... ' (A Handbook to the Peak of Derbyshire and to the use of the Buxton Mineral Waters; or Buxton in 1854, page 226).

The first reference to Buxton Mineral Water being sold is an advert in London's Morning Advertiser 17 April 1855. It reads: "Buxton Mineral Waters. Bottled by authority at St. Ann's Springs." It was sold in pint bottles, with directions for use, by Francis E Nielson, Pharmaceutical Chemist, the Quadrant, Buxton; and by Hawkins and Co. Importers of Mineral Waters, Duke Street, St James's, London. 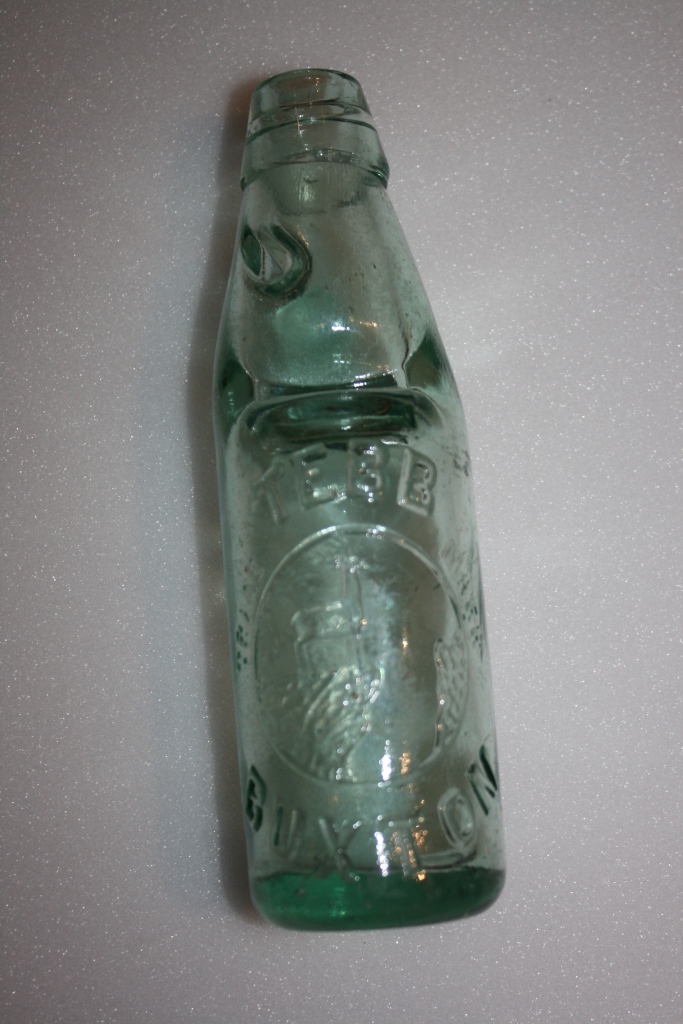