Souvenir ornament in the shape of a top hat

Ornament in the shape of a top hat with a view of the Crescent in Buxton. 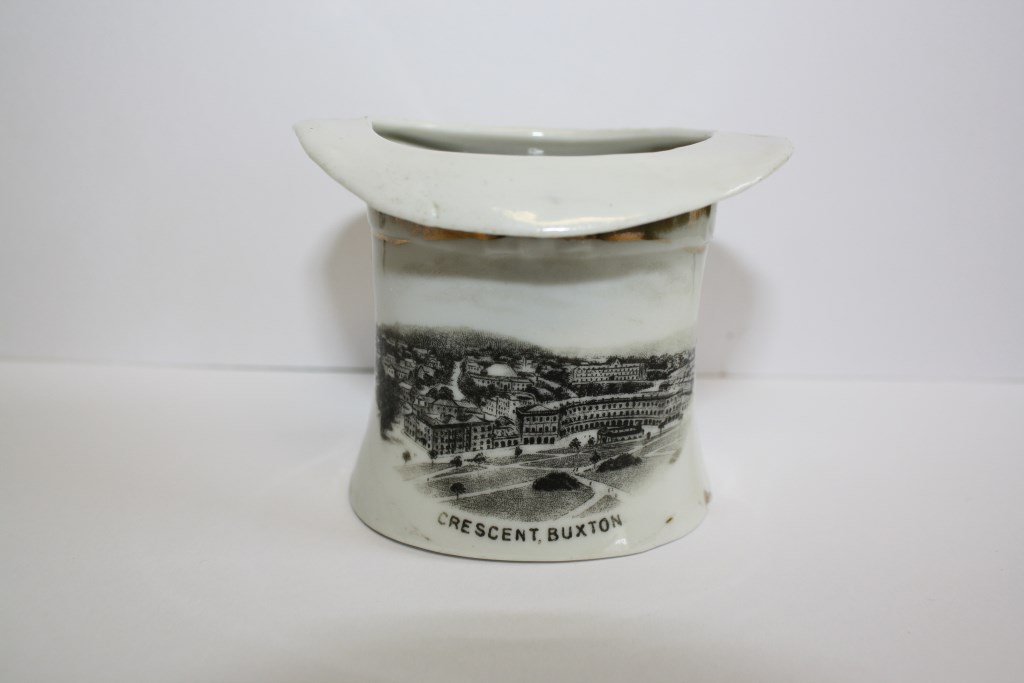 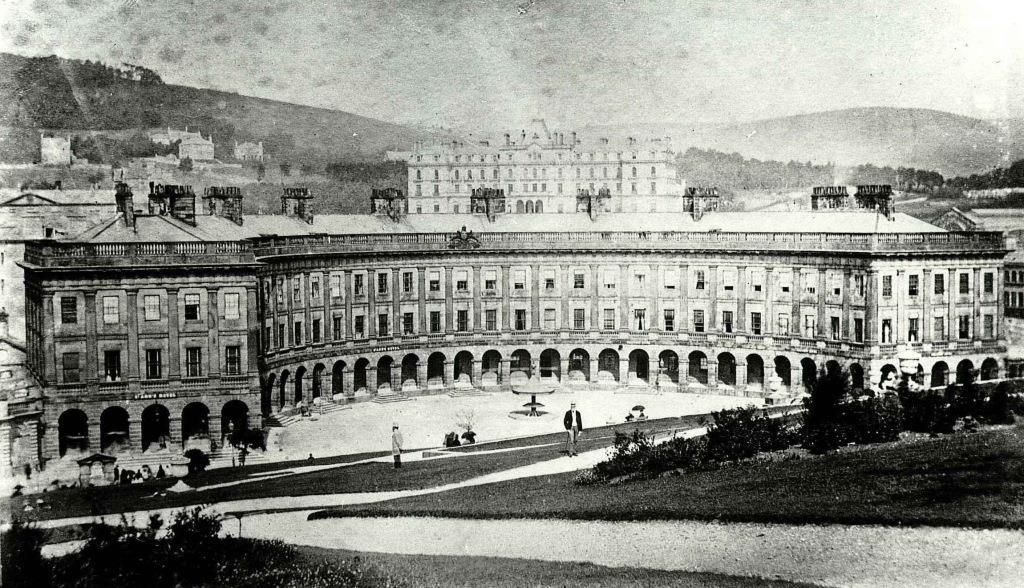 The Crescent in 1868[/caption] The Crescent was built by the 5th Duke of Devonshire between 1779 and 1789. It was designed by architect John Carr. The hotel is one of the two hotels that occupied the complex, the other being St Ann's Hotel. Originally six lodging houses separated them but these were eventually taken over by the hotels. [caption id="attachment_1528" align="alignnone" width="569"]