Brachiopod, Yanishewskiella angulata (Linnaeus). 360-326 million years old. Collected by JW Jackson from Parkhouse Hill, Glutton Bridge. Brachiopods are sea animals also known as lamp shells. Although they look similar to molluscs like clams, they are not closely related. Their two shells are often unequal in size and each shell is symmetrical about its mid-line (unlike bivalves). They attach with a stalk to hard surfaces on the sea bed and feed by opening their shells and waving food in with special hairlike cilia. There are about 300 living species of brachiopods. Along with over 90% of living things, the number of brachiopod species never recovered to the levels that existed before the Permo-Triassic mass extinction 250 million years ago. Parkhouse Hill is a remnant of a reef knoll, now part of a Site of Special Scientific Interest (SSSI) because of its geology and limestone flora. A great diversity of fossil species has been found there. 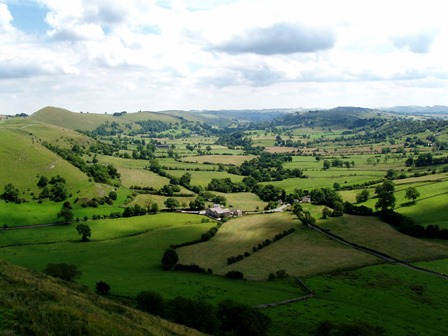 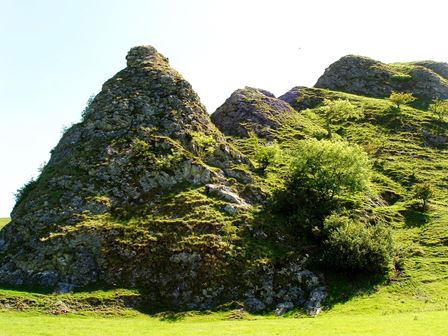