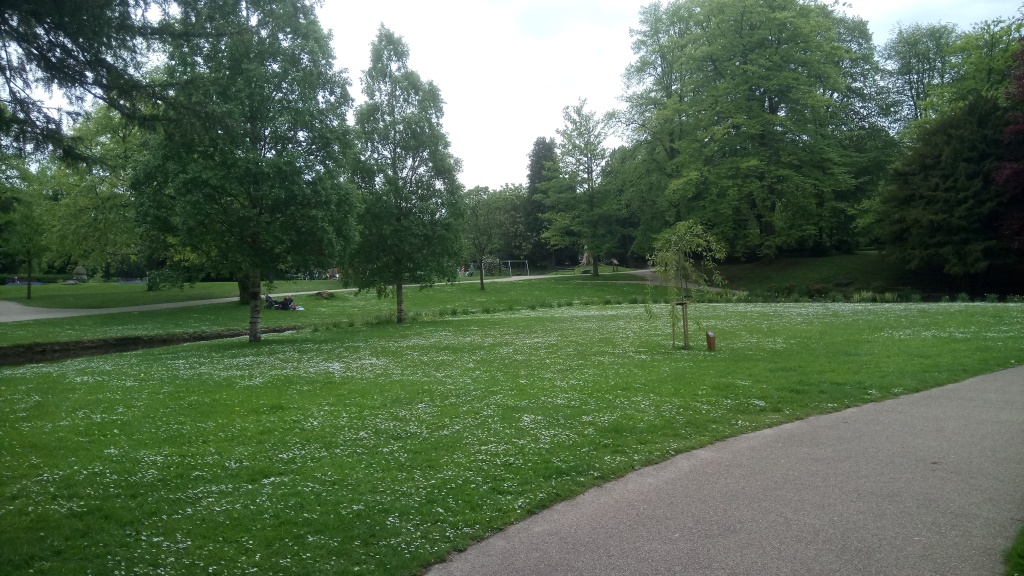 At the very end of the stone age (in the Neolithic or ‘new stone age’) people started to settle in one place for longer. They still hunted animals and gathered wild plants – but they also farmed the land to grow crops and looked after animals like pigs and cattle.

Near to this place, about 10 minutes walk further along the river, archaeologists found evidence an Early Neolithic settlement – where some of the first farmers in Derbyshire lived and grew crops.

Show the group this picture of archaeologists standing next to the building. The holes in the ground are post-holes, where large timber posts were set up to support the walls and ceiling of the building. 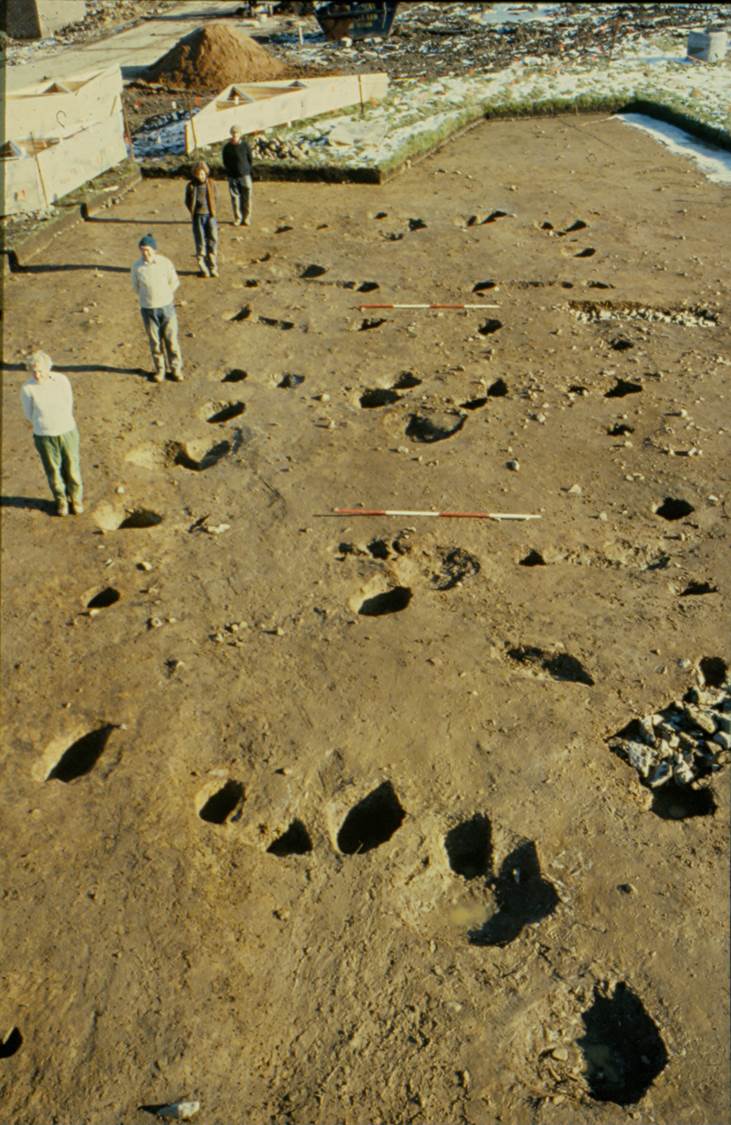